I am shocked by the two star reviews--thus I feel compelled to add my own. These essays are among the most important in anthropology, and among the most beautiful as well. Here is where Geertz sets out his views about the self, about implicit knowledge, and more. No learned person should be ignorant of their content. They are classics, and whatever you conclude about them, they help you to think.

Page 15 - But it is from the far more difficult achievement of seeing ourselves amongst others, as a local example of the forms human life has locally taken, a case among cases, a world among worlds, that the largeness of mind, without which objectivity is self-congratulation and tolerance a sham, comes.
Appears in 40 books from 1983-2006
Page 9 - Translation," here, is not a simple recasting of others' ways of putting things in terms of our own ways of putting them (that is the kind in which things get lost), but displaying the logic of their ways of putting them in the locutions of ours...
Appears in 19 books from 1983-2008

Clifford Geertz, an American anthropologist, is known for his studies of Islam in Indonesia and Morocco and of the peasant economy of Java. But he is also the leading exponent of an orientation in the social sciences called "interpretation". Social life, according to this view, is organized in terms of symbols whose meaning we must grasp if we are to understand that organization and formulate its principles. Interpretative explanations focus on what institutions, actions, customs, and so on mean to the people involved. What emerges from studies of this kind are not laws of society, and certainly not statistical relationships, but rather interpretations, that is to say, understanding. Geertz taught for 10 years at the University of Chicago and has been the Harold F. Linder professor of social science at the Institute for Advanced Study in Princeton, New Jersey. 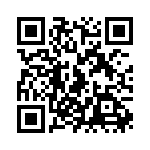