Call me Ishmael...zzzzzzzzzzzzzzzzzz
This is my husband’s favorite book, and he loves to have me read it aloud to him.

Herman Melville was born in 1819 in New York City. Both his grandfathers were Revolutionary War heroes but his father, a merchant, died bankrupt in 1833. Melville left school and worked at various jobs before shipping on the whaler Achshnet in 1841. The next year he deserted, travelled the South Seas and joined the US Navy. After three years he retired, settled in Massachusetts and started to write. His first two novels, Typee (1846) and Omoo (1847), were fictionalized accounts of his travels: they remained his most popular works during his lifetime. In 1847 Melville married and wrote a series of novels he considered potboilers for money. With Moby-Dick (1851) he changed course, partly under the influence of Nathaniel Hawthorne; but the novel's extravagant intensity lost him readers. Pierre (1852) fared no better, and after publishing one more novel Melville took a job as a customs inspector in the New York City harbour and turned to writing poetry. He died there in 1891; an unfinished novel, Billy Budd, Sailor, was published in 1924. 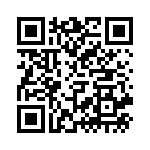