Paul J. Hopper is Thomas S. Baker Professor of English and Linguistics at Carnegie Mellon University. His publications include Grammaticalization (co-authored with Elizabeth Closs Traugott, Cambridge, 1993), A Short Course in Grammar (1999), The Limits of Grammaticalization (co-edited with Anna Giacalone-Ramat, 1998) and Frequency and the Emergence of Linguistic Structure (co-edited with Joan Bybee, 2001). 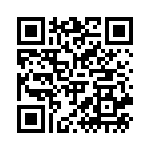