DODIE SMITH was born in 1896 and died in 1990. She is also the author of The Hundred and One Dalmations, the novel that inspired the timeless Disney cartoon. 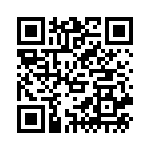