Page 2
Wilson (1950) summarized results of his Uganda tick survey as follows: "Nine
species of Amblyomma were received but only four of them occur on cattle with
any frequency. A. varie- gatum is the most common and widely distributed
species, ...
Page 67
No. of animals Max no. per animal A. variegatum has adapted to domestic
animals, especially cattle, though sheep and goats are important hosts also. In
addition, MacLeod & Colbo (1976) reported that the infestation on cattle of larvae
and ...
Page 288
zania from cattle, sheep, goats, dogs, cats, Ukamba hare, white-tailed mongoose,
bush pig, buffalo, bush duiker, steinbok, dikdik, and man. Walker (1974) added
baboon, vervet monkey, small rock hyrax, bushbuck, eland, common duiker, and
... 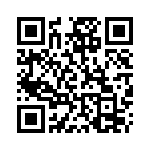