Page 22
In form, Sons and Lovers is a traditional autobiographical novel, comparable with
Bennett's Clayhanger. In this respect, it is very much of its time—1913. Yet, when
one compares it with Clayhanger, there can be no question which now has the ...
Page 23
The children were caught up in the clash between them, and in Sons and Lovers,
try to be fair as he may, Lawrence is on his mother's side. Later, he was to
change sides, and it is the anticipation of this in his first novel, The White Peacock
, that ...
Page 54
Sons and Lovers is a chronicle-novel; A True Story, as the first pages show, is
post-Joyce. ... Richard Kurt is the son of an Anglo-Austrian financier, and his
frustrations are worked out against a background of the worlds of fashion and
finance in ... 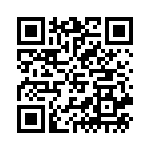