Page 54
Moreover, Pertec had made its money selling computer systems to businesses,
and indeed had acquired MITS simply to “complete the package at the low-price
end of the spectrum.” But selling Altairs to businesses was incompatible, in the ...
Page 100
“You know, we said, if each computer store sells one copy every other week, then
we can do it,” Bricklin later recalled. By 1980, as word of the program's
capabilities began to spread, the stores began selling dozens of copies every
week.
Page 128
“Barely four years after the birth of the industry, the selling of software for
personal and home computers is looking more and more like the selling of
cigarettes, soda pop, and soap,” wrote David Wessel in the Boston Globe in late
1983. 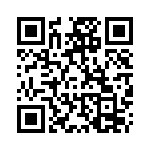