Mark Twain's classic novel - with a few zombie twists. Huck Finn is off on his rafting adventure, but this time he's accompanied by one of the (un)dead: a runaway bagger, Jim. The enslavement of ... Read full review

Mark Twain, born Samuel Langhorne Clemens in 1835, left school at age 12. His career encompassed such varied occupations as printer, Mississippi riverboat pilot, journalist, travel writer, and publisher, which furnished him with a wide knowledge of humanity and the perfect grasp of local customs and speech manifested in his writing. It wasn't until The Adventures of Huckleberry Finn (1885), that he was recognized by the literary establishment as one of the greatest writers America would ever produce.

Toward the end of his life, plagued by personal tragedy and financial failure, Twain grew more and more cynical and pessimistic. Though his fame continued to widen--Yale and Oxford awarded him honorary degrees--he spent his last years in gloom and desperation, but he lives on in American letters as "the Lincoln of our literature."

W. Bill Czolgosz has written fewer books than Mark Twain, and none of them nearly as competently. His own personal favorite is Eat @t Zero’s, published by Coscom Entertainment in 2005 and currently out of print. His latest project is a graphic novel called Zombifrieze, illustrated by Sean Simmans, a frequent collaborator.

Czolgosz lives in Proud Lake, Saskatchewan, with his two children and three cats, just a mile down the street from his on-again/off-again ladyfriend, who has not yet called the police.

He can be contacted by the angry, the insane, the melancholy, and the desperate at wbczolgosz@gmail.com 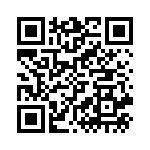