ANNA EVERETT is a professor of film and media studies at the University of California, Santa Barbara. She is the author of Returning the Gaze: A Genealogy of Black Film Criticism, 1909–1949 and Digital Diaspora: A Race for Cyberspace and founding editor of the journal Screening Noir. 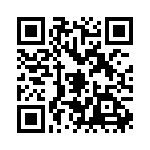