Eleanor of Aquitaine lived in the 12th century. She was initially wed to King Louis VII of France, but when they only produced daughters, they went their separate ways and Eleanor then married King ... Read full review

Alison Weir is the author of Britain's Royal Families: The Complete Genealogy, The Six Wives of Henry VIII, The Princes in the Tower, The Wars of the Roses, The Children of Henry VIII, and The Life of Elizabeth I. She lives outside London with her husband and two children. 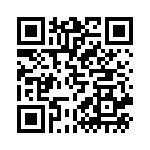