Dr David P Reiter is a multi-award winning author and publisher living in Brisbane. He has written more than 20 prose, poetry and children's titles, as well as scripts and multimedia. His previous children's books are Real Guns, and the Project Earth-mend Series that includes The Greenhouse Effect, Global Cooling, Tiger Tames the Min Min and the 2014 release Tiger Takes the Big Apple.David has won the Queensland Premier's Award and been shortlisted for the Steele Rudd and Adelaide Festival Awards. He has presented his work to audiences in Australia and overseas and has received several grants from the Australia Council and Arts Queensland.

Sona Babajanyan is a self-taught graphic artist and illustrator from Armenia, currently living in Brisbane. She has worked as a translator of literature, an editor and a graphic designer, and has illustrated several books in Russia and Armenia. However, it wasn't until moving to Australia in 2008 that she finally decided to focus all her attention on art and illustration. She works both in traditional and digital media, and her artwork has been exhibited in Armenia, Europe and the US (which included a solo exhibition in Washington DC). Some of her works are held in private collections in Europe and the US. 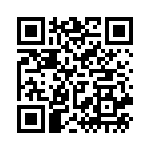