Wow! This is such a powerful novel in the same way that [All Quiet On the Western Front] was for me. Both were books about war told from the side that for me would be the "enemy", but in reality ... Read full review

The narrator of the story, Shigematsu Shizuma, is the uncle of a young woman in his care who, it is rumoured in the village, has been affected by the radioactive "black rain" which fell on Hiroshima ... Read full review

MASUJI IBUSE was born in Kamo, Hiroshima Prefecture, in 1898. He majored in French at Waseda University and joined the School of Fine Arts to pursue a serious interest in painting. His first story, "Salamander," was published in 1923, when Ibuse was still a student, and by the early 1930s his eloquent use of dialect and his unique prose style had established him as one of the leading figures in the Japanese literary world. In the years since 1938 he has been awarded almost every literary prize in Japan, and on the publication of Black Rain (1966) Ibuse was presented with both the Cultural Medal and Japan's highest literary award, the Noma Prize. Black Rain has been translated into eleven foreign languages. 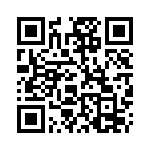