Rowan Cahill is a tutor at the University of Wollongong in Australia. He is the coauthor of History of the Seamen’s Union of Australia, 1872–1972 and Twentieth Century Australia: Conflict and Consensus and the coeditor of A Turbulent Decade: Social Protest Movements and the Labour Movement, 1965–1975. Terry Irving is a visiting professorial fellow at the University of Wollongong. He is the author of The Southern Tree of Liberty and the coauthor of Childe and Australia: Archaeology, Politics and Ideas and Places, Protests, and Memorabilia: The Labour Heritage Register of New South Wales. 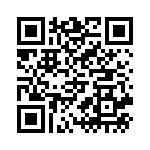