Christopher Samuel Youd was born on April 16, 1922, in Knowsley, Lancashire, England. He entered the Royal Signals corps during World War II. He published a dozen novels while working at an office job in London, writing in the evenings and on weekends. The success of a 1956 novel, The Death of Grass (titled No Blade of Grass in the United States), allowed him to become a full-time author. He wrote under the following pen names: Stanley Winchester, Hilary Ford, William Godfrey, William Vine, Peter Graaf, Peter Nichols and Anthony Rye. Under the pen name John Christopher, he wrote the Tripods trilogy, The Sword of the Spirits trilogy, and The Fireball trilogy. He died from complications of bladder cancer on February 3, 2012 at the age of 89. 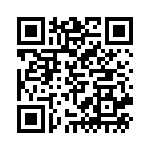