Michael Ryan is Senior Associate Dean for Faculty and Academic Affairs in the School of Communications and Theater at Temple University, USA. He has taught film for thirty years at Northeastern University, Miami, University, and the University of Virginia. His books include Camera Politica: The Politics and Ideology of Contemporary Hollywood Film, Politics and Culture, Cultural Studies: An Anthology, and American Film: A Short History. He is editor of Politics and Culture: An International Review of Books. He is writing a book on American film and American literature entitled Make Believe: Political Argument in American Culture.

Melissa Lenos is a tenure-track Professor of Communication Media at Brookdale Community College, USA. Her primary research areas are narratology and Hollywood with a focus on film remakes. Her current project is an extension of her dissertation: Déjŕ View: Cultural Functions of Hollywood Remakes. 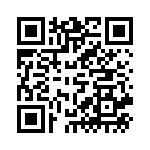