Page 352 - On the imposition of uniform duties of customs, trade, commerce, and intercourse among the States, whether by means of internal carriage or ocean navigation, shall be absolutely free.
Appears in 259 books from 1838-2008
Page 39 - Captain-General and Governor-in-Chief of the Territory of New South Wales and its Dependencies, and Vice- Admiral of the same, &c.
Appears in 51 books from 1818-1993
More
Page 332 - Australia, interest on all government borrowings be reduced to 3 per cent. 3. That immediate steps be taken by the Commonwealth Government to abandon the gold standard of currency, and set up in its place a currency based upon the wealth of Australia, to be termed "the goods standard.
Appears in 21 books from 1931-2005
Page 102 - The cowardly act of one individual has not, in any degree, shaken my confidence in the loyalty of the people of this colony towards the throne and person of Her Majesty, or in their affection for myself; and I shall gladly convey to the Queen the universal expression of horror and indignation which the attempt to assassinate me has called forth from Her Majesty's faithful subjects in Australia.
Appears in 5 books from 1869-1989
Page 7 - If, therefore, by ill-considered compassion for the convicts, or from what might, under other circumstances, be considered a laudable desire to lessen their sufferings, their situation in New South Wales be divested of all salutary terror, transportation cannot operate as an effectual example on the community at large...
Appears in 10 books from 1917-2001
Page 71 - ... are aided in passing out by gravitation. If one goes to sleep on the left side, the operation of emptying the stomach of its contents is more like drawing water from a well. After going to sleep, let the body take its own position. If...
Appears in 12 books from 1850-1989
Page 534 - DENHAM, J., and OTHERS. Manor of Imber, otherwise Imworthes. A survey made the 1st March, 1607. Lower Thames Valley main sewerage. MS. [ .] folio. DENISON, Sir W. Roads and Railways in New South Wales and India, with remarks explanatory of the advantages likely to result from the employment ... of animal power, instead of steam power. Tract. 8vo. vol. 145. Madras, 1864. 8vo. Varieties of Vice-regal Life. 2 vols. Lond. 1870. 8vo. DENMARK. Statsbanedriften, 1867-1892. [Copenhagen, 1892.] 8vo. DENNY,...
Appears in 10 books from 1866-1989
Page 38 - ... companies, including liberal government assistance. But the difficulties were immense, and the companies scarcely efficient. Soon the colonial governments were claiming the right to nominate directors to watch over the public interest; and before long legislative committees were reporting, for example, that " private companies cannot succeed in constructing Railways without Government aid upon a scale which ought not to be conceded ", and that " these important works should be taken up by the...
Appears in 5 books from 1930-1996
Page 81 - It would be a wonder if a law so framed showed any fixed principle and consistency in its administration. The history of its whole operation for years has been an unintelligible chaos, in which the rights and interests of all mainly concerned have been the sport of accident, political interest, and departmental disorder.
Appears in 7 books from 1894-1989
Page 8 - Their statements and reasonings were supported by arithmetical — whicb every person allowed were the best of all — arguments ; and it was made as clear as daylight to the comprehension of stupidity itself, that the owner of a certain number of sheep or cattle in New South Wales, must, in a certain number of years, infallibly make an independent fortune. It was consequently determined on all hands and by all sorts of persons that the Agricultural Company should not be the only reaper of this golden...
Appears in 9 books from 1834-1989
Less 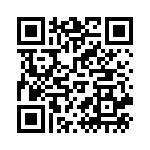