Kyle and Sarah Kill to men I shoot.

James Francis Cameron was born in Kapuasking, Ontario, Canada on August 16, 1954. He studied physics and English at California State University before dropping out to pursue screenwriting. In 1990, he formed his own production company called Lightstorm Entertainment and in 1993, he founded a computer special effects company called Digital Domain. In 1984, he wrote and directed The Terminator. His other movies include Aliens, The Abyss, Terminator 2: Judgment Day, True Lies, and Avatar. In 1997, he wrote and directed Titanic, which earned eleven Academy Awards. He took home Oscars for best editing, best directing, and best picture. He created the television shows Dark Angel and Terminator: The Sarah Connor Chronicles. He is the author of several books including Terminator 2: Judgment Day and James Cameron's Titanic. 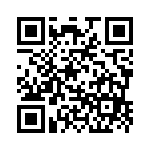