Page 199
At Swim-Two-Birds by the late Flann O'Brien, as the work of a fellow-countryman
of Joyce and Beckett, is a piece of characteristically Irish verbal exuberance and
can hardly be considered as a representative English novel. Yet its reputation ...
Page 200
In fact, at this level At Swim- Two-Birds is an extended pun on the word 'creation'.
Orlick Trellis is himself a writer of highbrow inclination, and revenges himself on
his father - or 'creator' - by humiliating him in a story, in which he is vehemently ...
Page 219
Flann O'Brien, At Swim-Two-Birds, Mac- gibbon & Kee, 1960. Jose Ortega y
Gasset, The Dehumanization of Art and Notes on the Novel, Princeton University
Press, 1948. Anthony Powell, Afternoon Men, Duckworth, 1931; A Question of ...

Crazy uneven: the introductory chapters are great. Bergonzi was clearly at his best making general arguments, and the contrasts he draws between American and English literature are interesting. But in ... Read full review 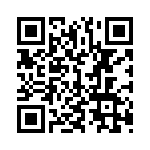