Daniel Keyes was born in Brooklyn, New York on August 9, 1927. He received a bachelor's degree in psychology in 1950 and a master's degree in English literature in 1961 from Brooklyn College. He was an editor for pulp fiction magazines, taught English in New York City public schools, and was an English and creative writing professor at Wayne State University and Ohio University. In 1959, his novella Flowers for Algernon was published in The Magazine of Fantasy and Science Fiction and won the Hugo Award for best short fiction in 1960. By 1966 he had expanded the story into a novel with the same title, which tied for the Nebula Award for best novel that year. The novel was adapted as a stage play, developed as a dramatic musical, and adapted into a movie entitled Charly for which Cliff Robertson won the Academy Award for best actor. During his lifetime, he wrote several more novels including The Touch, The Fifth Sally, and Until Death. His three nonfiction books include The Minds of Billy Milligan, The Milligan Wars: A True-Story Sequel, and Unveiling Claudia. He also wrote a memoir entitled Algernon, Charlie and I. He died from complications of pneumonia on June 15, 2014 at the age of 86. 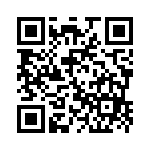