I saw the movie Schindler’s List when it came out, and found it heart-breaking and heart-warming at the same time. I did not know that it was based on a book originally entitled Schindler’s Ark. This ... Read full review

"Whoever saves one life, saves the entire world." Oskar Schindler was an unlikely hero, a flamboyant womaniser and heavy drinker who enjoyed the good life socialising with Nazi concentration camp ... Read full review

Thomas Keneally was born in 1936 and raised in the rugged expanse of Australia. As a young man, he planned to join the priesthood, but by 1960, on the verge of the Vietnam War, Keneally found the church in such moral turmoil that he decided it was impossible to go through with his ordination.

Keneally received his formal education in Sydney, Australia. Over the past 30 years, he has published over 25 novels, more than a dozen screenplays, and several works of non-fiction. These works include The Chant of Jimmie Blacksmith, The Playmaker, Season in Purgatory, A Family Madness, and Woman of the Inner Sea. His work has been nominated four times for the Booker Prize, which he won in 1982 for Schindler's List. He won the Los Angeles Times Prize for Fiction, The Miles Franklin Award, The Critics Circle Award, and a Logie (Australian Emmy).

A self-described "literary biker," Keneally has traveled through Australia, Iceland, Antarctica, America, Eastern Europe, roaming across genres and topics, often championing the underdog. "I'm a writer who's always been hard to pin down," Keneally says, "because I've sometimes written about things that are none of my concern -- like the American South or Antarctica or Australian aboriginals or the Holocaust. I think I appeal to 'hells angels' kind of writers." Keneally has modeled many of his characters after the traditional Australian hero -- the "battler." "In America everyone admires successful men and women. In Australia, they suspect them. The Australian hero is the person to whom everything has happened -- drought, fire, flood."

While researching Schindler's List, the author spent two years traveling to eight countries, where he interviewed many of Schindler's Jews and read the numerous testimonies which are held at the Martyrs and Heroes Remembrance Authority, Yad Vasbem, Israel.

Keneally lives in California where he teaches in the graduate writing program at the University of California, Irvine, where he holds a Distinguished Professorship. 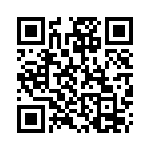