The nature of love

Far from being incompatible with the lovers' mutual understanding or successful marriage, romantic love is part of the search for and a possible element in a long-term relationship, Singer argues. He ... Read full review

Elizabeth A. Kaye specializes in communications as part of her coaching and consulting practice. She has edited Requirements for Certification since the 2000-01 edition. 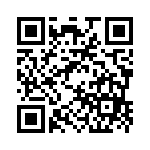