I don't know that I've ever read a book that I could nearly sing along to before, which is certainly the case in this short novel about a soul band being formed in Dublin, Ireland. A fun, quick read for anyone who loves soul music or even classic rock. Read full review

A very short and funny story about a group of blue collar guys, mostly in their late teens, who form a soul music band. The characters are colorful and the language is very Dublin (I imagine...) In a ... Read full review

Roddy Doyle is the author of eleven novels, two collections of stories, two books of dialogues and Rory & Ita, a memoir of his parents. He has written seven books for children and has contributed to a variety of publications including The New Yorker, McSweeney's, Metro Eireann and several anthologies. He won the Booker Prize in 1993, for Paddy Clarke Ha Ha Ha. 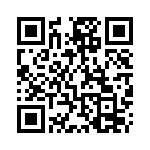