Dr. Mazziotta is a Professor of Neurology, Radiological Sciences, and Pharmacology and the Pierson Lovelace Investigator at UCLA, as well as the Director of the UCLA Brain Mapping Program that he established in 1993. Dr. Mazziotta has published more than 190 research papers and five texts and has received numerous honor and achievement awards including the Oldendorf Award of the American Society of Neuroimaging, the S. Weir Mitchell Award of the American Academy of Neurology, and the Von Hevesy Prize from the International Society of Nuclear Medicine. Dr. Mazziotta has been chair of the Scientific Issues and Program Committee of the American Academy of Neurology. He is the President-Elect of the American Neuroimaging Society and is the President of the Brain Mapping Medical Research Organization. He is also Co-Editor-in-Chief of NeuroImage. 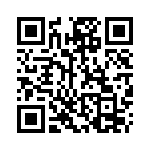