Page 19
He collapsed near the summit , less than half a mile from the outcrop of the Mt.
Lyell mine , and staggered back to Lynch's Creek . He was fossicking at Lynch's
thirty years later , old and infirm , a prospector to the end . News of Lynch's find
was ...
Page 20
Just when the prospect seemed darkest a digger named Howard , who had
abandoned his claim at Lynch's , found gold in a creek that ran down from the
plains , five miles to the northeast . His mate , Harry Everett , cut his way up the
Queen ...
Page 24
Ahead , the ground dipped steeply into Gould's vale of Chamouni and the
boulder - strewn course of the Linda Creek . After resting , the prospectors
descended a small creek and stumbled on one of Gould's camps , marked by an
old shoe , a ... 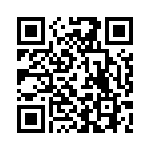