Vasant D. Lad received the degree of Bachelor of Ayurvedic Medicine and Surgery from the University of Pune, in Pune, India in 1968 and a Master of Ayurvedic Science from Tilak Ayurved Mahavidyalaya in Pune in 1980. For 3 years, Vasant Lad served as Medical Director of the Ayurveda Hospital in Pune. He also held the position of Professor of Clinical Medicine for seven years at the Pune University College of Ayurvedic Medicine, where he was an instructor. Vasant Lads academic and practical training includes the study of allopathic medicine (Western medicine) and surgery. In 1979, he began traveling throughout the United States sharing his knowledge of Ayurveda, and in 1981, he returned to New Mexico to teach Ayurveda. Vasant Lad founded and has served as the Director of The Ayurvedic Institute since 1984. 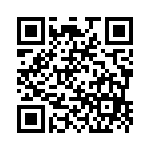