It is a really enjoyable read. A crime story set in the era of Henry VIII and the conflicts caused by the King declaring himself head of the Church in England. While the story is an interesting ... Read full review

This was a gift from my brother, and has a setting very unlike the novels I usually read. I enjoyed it, although it was quite brutal in places. Matthew was an excellent character: fair-minded and ... Read full review

C J Sansom was educated at Birmingham University, where he took a BA and then a PhD in history. After working in a variety of jobs, he retrained as a solicitor and practised in Sussex, until becoming a full-time writer. He lives in Sussex. 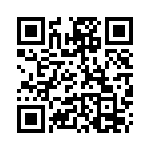