Page 62
about 15,000 per novel). The temptations to ignore new fiction and to commission
fiction-cum-film script, as was the case with Jaws, increases daily. The writer has
two new sources of patronage whose effects cannot as yet be fully assessed.
Page 77
It is this contract which makes fiction possible' (1966, p. 52). After analysing the
contract drawn between Henry James and his reader, Booth notes that the reader
accepts James's convention 'provided it serves larger ends that I can also accept
...
Page 156
Hoggart, R. (1973) Speaking to Each Other, 2 vols, Penguin, Harmondsworth,
originally published Chatto and Windus, 1970. James, L. (1963) Fiction of the
Working Man, Oxford University Press, Oxford. James, L. (ed.) (1976) People into
Print ... 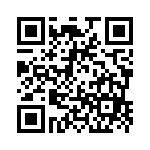