Capt. Wayne P. Hughes Jr., USN (Ret.) is professor emeritus at the Graduate School of Operations and Information Sciences of the Naval Postgraduate School in Monterey, California. Author of Fleet Tactics and Coastal Combat Second Edition, as well as numerous articles, he is renowned as one of the foremost authorities on naval tactics. 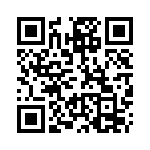