Page
Charles Manning Hope Clark, Manning Clark ... Ball, Mick Williams, Geoffrey
Fairbairn, John and Max Crawford, Geoffrey Dutton, John Legge, Arch and Nancy
Gray, Hope Ingamells, Robert Hope, John Molony, and Fin and Helen Crisp.
Page 212
Charles Manning Hope Clark, Manning Clark ... They made no attempt to pass on
to other convicts those hopes of better things for mankind which had inspired
them to take up arms in the Canadas and to loathe the government of Little
George ...
Page 406
Men clung passionately to the great hope: Ah Christ, that it were possible For one
short hour to see The souls we loved, that they might tell us What and where they
be. Men who could not endure the pain of being deprived of a meeting beyond ... 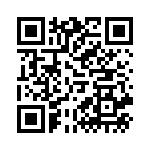