Each time I read this, I wonder why it's a classic, but then again, it is a complicated plot with believable characters and the setting seems a part of the story. Yet??? Read full review

I had read this book many years ago but when I saw it was available as an audiobook download from my public library I thought it was worth a listen. I enjoyed it more this time around than the first ... Read full review

F. Scott Fitzgerald was born in St. Paul, Minnesota, in 1896. He attended Princeton University, joined the United States Army during World War I, and published his first novel, This Side of Paradise, in 1920. That same year he married Zelda Sayre and for the next decade the couple lived in New York, Paris, and on the Riviera. Fitzgerald’s masterpieces include The Beautiful and Damned, The Great Gatsby, and Tender Is the Night. He died at the age of forty-four while working on The Last Tycoon. Fitzgerald’s fiction has secured his reputation as one of the most important American writers of the twentieth century. 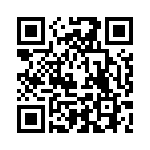