Alfred Bester was a beloved sci-fi author, writer, magazine editor, and scripter for newspaper strips and comic books. The Demolished Man, his best remembered title, won the inaugural Hugo Award in 1953. He is also the author of Psychoshop, Tender Loving Rage, The Deceivers, and many more pieces of long and short fiction. Bester is considered to be one of the most influential sci-fi writers of the 20th Century.

Roger Zelazny burst onto the SF scene in the early 1960s with a series of dazzling and groundbreaking short stories. He won his first of six Hugo Awards for Lord of Light, and soon after produced the first book of his enormously popular Amber series, Nine Princes in Amber. In addition to his Hugos, he went on to win three Nebula Awards over the course of a long and distinguished career. He died on June 14, 1995. 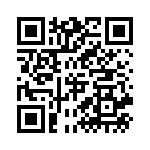