Page 20
To the extent that the young person succeeds in this endeavor, he arrives at a
sense of psychosocial identity, a sense of who he is, where he has been and
where he is going. In contrast to the earlier stages, where parents play a more or
less ...
Page 22
For such a person the inevitable result is a sense of despair at what might have
been. THESE, then, are the major stages in the life cycle as described by Erikson.
Their presentation, for one thing, frees the clinician to treat adult emotional ...
Page 92
For two or three days, some people would go only at night, and one person
remained constipated for 12 days. Gradually, everyone began treating it normally
; first, looking away from the person sitting on the toilet, but after two weeks
holding ... 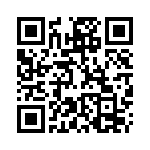