Herbert George Wells (21 September 1866 - 13 August 1946), usually referred to as H. G. Wells, was an English writer. He was prolific in many genres, writing dozens of novels, short stories, and works of social commentary, satire, biography, and autobiography, including even a book on war games. He is now best remembered for his science fiction novels and is often called a "father of science fiction", along with Jules Verne and Hugo Gernsback. During his own lifetime, however, he was most prominent as a forward-looking, even prophetic social critic who devoted his literary talents to the development of a progressive vision on a global scale. 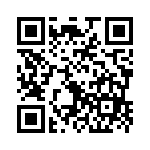