This book has a lot of information about the Undanbi, Dulingbara, Gabi Gabi & Batjala tribes` which I have strong connection too.

Gabriel A. Moens is Garrick Professor of Law, T.C. Beirne School of Law at the University of Queensland and Director of the Australian Institute of Foreign and Comparative Law. He is a member of the Editorial Board of the American Journal of Jurisprudence and an Associate Member of the International Academy of Comparative Law. He has received a number of awards for excellence in teaching and won The Australian Teaching Award in Law in 1999. He has studied in Europe and the United States as well as in Australia, gaining his PhD in law and philosophy at the University of Sydney. His book Constitutional and International Law Perspectiveswas published by UQP in 2000. 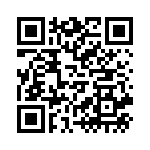