Filled with principles of interpretation, amplified by example meant to motivate. The basic book used by National Interpretation Assn as a teaching tool. We shall see whether its initial read supports the basic class? Read full review

Excellent and thoughtful book on hoiw to interpret history to those who are not familiar with history. An excellent guide for park rangers who are often asked questions by visitors, and how to answer them in ways that make the visitors see the history and natural history of the park. Read full review

Freeman Tilden (1883-1980) was a pioneer in the field of natural and cultural interpretation. A former journalist, playwright, and novelist, he began writing about America's national parks in the 1940s with the encouragement of National Park Service director Newton Drury. This led to four books on visiting, learning, and teaching about national and state parks and other heritage areas, of which Interpreting Our Heritage remains the most influential.

R. Bruce Craig is a former park ranger and interpreter, winner of the National Park Service's Freeman Tilden Award and former executive director of several national park and history organizations. He is currently professor of history at the University of Prince Edward Island in Charlottetown, PEI, Canada. 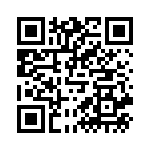