Page 15
On April 17 , 1961 , the brigade of about fourteen hundred Cuban exiles , aided
by the United States Navy , Air Force , and the CIA , invaded the swampy coast of
Cuba at the Bay of Pigs . Nothing went as planned . On the first day , not one of ...
Page 21
President Kennedy was so confident that he publicly promised at a press
conference on April 12 , 1961 ( five days before the invasion ) , that " there will not
be , under any conditions , any intervention in Cuba by United States armed
forces ...
Page 22
Psychological Studies of Policy Decisions and Fiascoes Irving Lester Janis. the
United States . But even if the second air strike had been carried out , it would
probably have been even less effective than the first , because there was no
longer ... 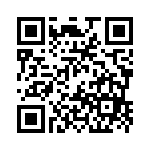