Jan Murray has lived long enough to have had several professional occupations but the one she is most proud to proclaim from on high is that of mother, having raised five amazing children to adulthood.

At fourteen, frustrated by her lack of education, Jan left school, taking it upon herself when her fifth child was born to matriculate and then undertake a Bachelor of Arts degree in English and Political Science. Juggling motherhood with study, she graduated from Macquarie University with Honours, working as a researcher, speech writer and press officer for several federal politicians before starting up a PR consultancy in the early eighties. Jan Murray & Associates (JMA) became a successful boutique consultancy with many high profile accounts to its credit.

Eventually, after a decade of serious corporate fun launching entertainment, tourism and property projects, managing the media profiles of the rich and famous and heading up some useful (and mostly altruistic) fund-raising projects, Jan decided it was time to leave the spin business to others, opting to follow a dream and take up the solitary life of a writer, setting her sights on writing and producing the Great Australian Screenplay. Although credible actors such as Kiefer Sutherland and Claudia Karvan were attached, Sweet Surrender is still languishing in a bottom drawer waiting for several millions of dollars to attach themselves to it before the cameras can roll.

Meanwhile, Jan was invited to appear as a guest on an episode of the legendary Beauty & the Beast agony aunt show produced by Foxtel and screened on Channel Ten five days a week. Somebody upstairs must have liked her confrontational, leftie style because she was still there a decade later, going head-to-head with the late, great Stan Zemanek. More than once, Jan was thrown off the show but, thanks to popular demand, was brought back again each time. It seems the viewers saw her as their champion and enjoyed seeing her sock it to the Beast on their behalf!

Presently Jan is a full-time, fulfilled writer and, because she is in favour of the widest possible spread for her books, she values her association with Harlequin. 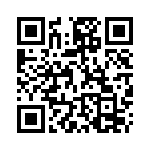