David Baker has published widely in the field of Library and Information Studies, with 20 monographs and over 100 articles to his credit. He has spoken worldwide at numerous conferences and led workshops and seminars. His other key professional interest and expertise has been in the field of human resources, where he has also been active in major national projects. He has held senior positions at several institutions, including as Principal and Chief Executive of Plymouth Marjon University, and Emeritus Professor of Strategic Information Management. He has also been Deputy Chair of the Joint Information Systems Committee (JISC). Until recently, he was a member of the Board of Governors of the Universities of Northampton and South Wales. He is Chair of the Board of the Institute of Contemporary Music Performance. He is a leader in the field of Library and Information Science.

Bernadette Casey left school at 16 and was married with a child by the age of 19. Balancing the domestic with a desire for knowledge, she went on to further and higher education as a mature student, gaining an Honours degree in Sociology and Politics from Plymouth Polytechnic in 1978, an MA from the University of Manchester in 1979 and a PhD, also from Manchester in 1987. She has taught in adult and Higher Education since 1980. Bernadette Casey is now Dean of the School of Culture, Communication and Society at University of St Mark & St John. 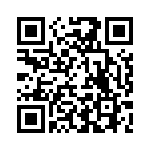