Page 136
Red Reinicke had been on an American destroyer in World War I. Captain Gainard had been a " rating " on one of our warships during the same period . All three were familiar with many African , Asiatic and South American ports of call .
Page 172
The hotel had been taken over by the American army and was the headquarters caravanserai for big Army brass and top USO troupers . . Paris was still a military camp . Most of the shops and private houses were boarded up when we arrived ...
Page 269
American Broadcasting Company , Arnall , Ellis , 80 Arras , France , 28 American League ( baseball ) , 157. ... Athens , Greece , 193 American Tobacco Company , 254 Atkinson , Brooks , 54-55 , 198 American Writers for Wendell L. Atlanta ... 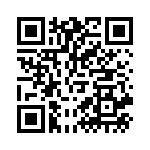