Page 7
Whatever the merits of Salmon's criticism , it clearly establishes one important
point : literature for children was by now seen as having its own identity . The
public had come to see children as a separate group , and the literature that
treated ...
Page 91
More frequently evil is seen as an amorphous form , a shape - changer , as Death
. Even in Lloyd Alexander's more comic approach to epic fantasy in his Prydain
series , there is Arawin , the Death Lord , Master of Evil , the shape - changer ...
Page 260
In fantasy this can be seen as a weakness or a misunderstanding of its innate
laws . A fantasist , even in a picture book , creates a secondary reality , one that
must be controlled to be credible , a story with a beginning , a middle , and an
end . 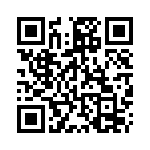