Page 55
Joanna Russ. " No , no , " said one of the nuns , “ it ' s the drug . " " What - drug ? ”
said Alyx , controlling her temper . ... It ' s an unparalleled therapeutic opportunity
, ” said the other nun . Maudey was moaning that nobody cared about her , that ...
Page 68
Later in the afternoon , when the snow had stopped and before visibility became
bad , she lined all of them up on a relatively level snow - field , assigning the two
nuns to Gunnar , Gavrily and Raydos to Machine and herself teaching Iris .
Page 151
She turned her head and saw the nuns tottering towards her , she thought
suddenly God , how thin ! and feeling perfectly well , she got up to wave the nuns
on , to urge them to greet the real human beings , the actual living people who
had ... 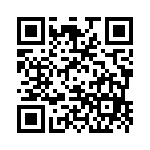