ANTHONY McCALL is an artist, and designer, who lives and works in NewYork. His film Line Describing A Cone was shown in the WhitneyMuseum's exhibition Into the Light: The Projected Image in American Art1964--1977. His talk about the film and others in the series, givenduring the exhibition, was published in October 103. 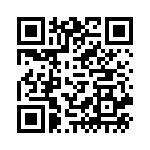