Page iv
Bl-ll Richard Hammer, "Report from a Spanish Harlem Fortress." Cl-8 Oscar
Lewis, "The Culture of Poverty." Dl-il SESSION III CONFLICT Hart Leroi Bibbs, "
Split Standard." iii Muhammad, "The Muslim Program . " Al-4 John R. Howard, "
The ...
Page 34
REPORT FROM A SPANISH HARLEM 'FORTRESS' Richard Hammer The
people will tell you that this block is a fortress. Its walls are invisible; they are
inside the mind, built by the people who live on the block and by society outside.
But the ...
Page
... "Strangers Next Door, " l962: Ethnic Relations in American Communities , pp.
299-3l0. Reprinted by permission of Prentice-Hall, Inc. , Englewood Cliffs, New
Jersey. C Richard Hammer, "Report from a Spanish Harlem Fortress, " THE NEW
... 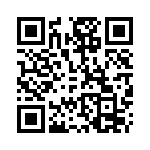