Page 114 - ... it is narrow-minded in their more privileged fellow-creatures to say that they ought to confine themselves to making puddings and knitting stockings, to playing on the piano and embroidering bags. It is thoughtless to condemn them, or laugh at them, if they seek to do more or learn more than custom has pronounced necessary for their sex.
Appears in 215 books from 1837-2008
Page 336 - I care for myself. The more solitary, the more friendless, the more unsustained I am, the more I will respect myself. I will keep the law given by God, sanctioned by man. I will hold to the principles received by me when I was sane and not mad — as I am now.
Appears in 90 books from 1864-2007
More
Page 4 - Nova Zembla, Iceland, Greenland, with "the vast sweep of the Arctic Zone, and those forlorn regions of dreary space, — that reservoir of frost and snow, where firm fields of ice, the accumulation of centuries of winters, glazed in Alpine heights above heights, surround the pole, and concentre the multiplied rigors of extreme cold".
Appears in 68 books from 1816-2008
Page 113 - Anybody may blame me who likes, when I add further, that, now and then, when I took a walk by myself in the grounds; when I went down to the gates and looked through them along the road; or when, while Adele played with her nurse, and Mrs Fairfax made jellies in the storeroom, I climbed the three staircases, raised the trap-door of the attic, and having reached the leads, looked out afar over sequestered field and hill, and along dim skyline - that then I longed for a power of vision which might...
Appears in 49 books from 1857-2007
Page 64 - Miss Temple, Miss Temple, what - what is that girl with curled hair? Red hair, ma'am, curled curled all over?' And extending his cane he pointed to the awful object, his hand shaking as he did so. 'It is Julia Severn,' replied Miss Temple, very quietly.
Appears in 46 books from 1859-2006
Page 65 - I have a Master to serve whose kingdom is not of this world : my mission is to mortify in these girls the lusts of the flesh...
Appears in 42 books from 1857-2007
Page 60 - ... which pressed hardly on the younger pupils : whenever the famished . great girls had an opportunity, they would coax or menace the little ones out of their portion. Many a time I have shared between two claimants the precious morsel of brown bread distributed at tea-time ; and after relinquishing to a third, half the contents of my mug of coffee, I have swallowed the remainder with an accompaniment of secret tears, forced from me by the exigency of hunger.
Appears in 38 books from 1848-2006
Page 343 - I looked at the sky; it was pure: a kindly star twinkled just above the chasm ridge. The dew fell, but with propitious softness; no breeze whispered. Nature seemed to me benign and good; I thought she loved me, outcast as I was; and I, who from man could anticipate only mistrust, rejection, insult, clung to her with filial fondness. To-night, at least, I would be her guest, as I was her child: my mother would lodge me without money and without price.
Appears in 54 books from 1859-2007
Page 311 - Ware!' cried Grace. The three gentlemen retreated simultaneously. Mr Rochester flung me behind him; the lunatic sprang and grappled his throat viciously, and laid her teeth to his cheek: they struggled. She was a big woman, in stature almost equalling her husband, and corpulent besides: she showed virile force in the contest - more than once she almost throttled him, athletic as he was. He could have settled her with a well-planted blow: but he would not strike: he would only wrestle. At last he...
Appears in 37 books from 1859-2007
Page 23 - if she were a nice, pretty child, one might compassionate her forlornness; but one really cannot care for such a little toad as that." "Not a great deal, to be sure," agreed Bessie: "at any rate, a beauty like Miss Georgiana would be more moving in the same condition.
Appears in 44 books from 1859-2007
Less

The eldest of the Bronte sisters, Charlotte worked as a governess and submitted her works under a man’s name in order to be published. She eventually travelled to London and revealed her true identity to her publisher, and thus began friendships with many of the celebrated literary talents of the day. Bronte published three well-received novels before her death in 1855 at the age of 38. 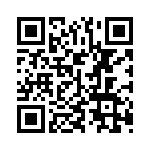