Page 9
Ernesto Quiǫnez, Ernesto Quiþonez. hood that you could curse around , act
stupid , and all that , and then there were girls that you just didn ' t . Sapo couldn '
t care less . Nancy Saldivia was the second type . First , she was a Pentecostal
girl .
Page 65
A girl named Inelda Andino had killed Popcorn . Negra ' s explanation was
simple : “ She was always jealous of his hair . Popcorn had the best hair in the
neighborhood and that girl was shallow . So shallow , I ' ve stepped in deeper
puddles .
Page 153
So like you know I was with this white girl las ... You know , like , Spanish girls ,
they moan to you , ' Ayy papi , ayy papi ' See , I like that . But white girls , white
girls say shit like , ' Oh , God , oh God ' or shit like ' Oh yes , oh yes . ' I ' d rather be
...

Ernesto Quiþonez was born in Ecuador, but arrived to New York City he was eighteen months old and was raised in El Barrio, East Harlem. Quiþonez is also the author of Bodega Dreams and Chango's Fire. Quiþonez is an Associate Professor at Cornell University, where he teaches Creative Writing, Latino Fiction and Magical Realism, among others. 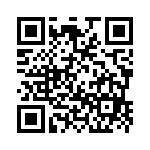