I had never heard of Peshtigo, Wisconsin before reading this book, and now I will never forget it or its people. A friend lent me this book as we struggled to come to grips with the 3rd huge fire in ... Read full review

IMPERIAL RECKONING: The Untold Story of the End of Empire in Kenya

A careful investigation of Kenya's Mau Mau uprising and the manifold crimes by the British colonial government in attempting to suppress it.Half a century ago, tales of Mau Mau atrocities filled the ... Read full review

Caroline Elkins is an assistant professor of history at Harvard University. Conversant in Swahili and some Kikuyu, she has spent nearly a decade traveling and working in rural Africa. She and her research were the subjects of a 2002 BBC documentary entitled Kenya:White Terror. Imperial Reckoning is her first book. She lives in Cambridge, Massachusetts. 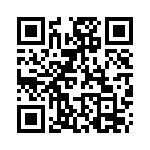