Page 30
Now look , man , I know that most cops are just doing their jobs and trying to
protect people most of the time . But I ' ve grown up admiring people , I mean
admiring , who would fight back at cops ; to some extent , I still admire them . Why
, I think ...
Page
POVERTY ' S CHILDREN - - AS OTHERS SEE THEM Luther P . Jackson Look
here , man , you get around a lot and people talk to you , so you know a lot about
what ' s going on . But you only know what ' s going on outside . You don ' t know
...
Page
The wall between us remains , or better , the chainlink fence between us , since
despite the barriers , we were able to look at each other , walk alongside each
other , talk and occasionally touch fingers . When two people stand close to the ... 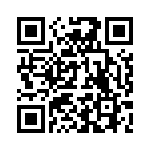