Page 14
Probably the most comic of her plays is Dulcitius, which deals with the heroic
refusal of three beautiful young Christian girls to sacrifice to the Roman gods,
preferring torture and death to abjuring their faith. In an almost farcical scene
Dulcitius, ...
Page 154
These were to be divided proportionately between the widow and the two girls,
no doubt her profit from the wardship. The expenses involved in bringing up a girl
until she could be married are suggested by an accounting of 1 380. During his ...
Page 159
In England peasant girls were usually married rather later than their upper-class
sisters, often between eighteen and twenty-two, although daughters in rich
peasant families married earlier than the norm. After 1350 the general age for ... 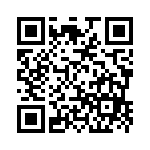