Miri Rubin is Professor of Medieval History at Queen Mary, University of London. Her most recent publications include A Sort of God: A History of the Virgin Mary (2009), The Hollow Crown: A History of Britain in the Late Middle Ages (2005) and Love, Friendship and Faith in Europe 1300–1800 (2005) co-edited with Laura Gowing and Michael Hunter.

Walter Simons is Associate Professor in the Department of History, Dartmouth College. He is author of Cities of Ladies: Beguine Communities in the Medieval Low Countries 1200–1565 and co-editor of Ludo J. R. Milis, Religion, Culture and Mentalities in the Medieval Low Countries: Selected Essays (2005) with Jeroen Deploige, Martine De Reu and Steven Vanderputten and The Productivity of Urban Space in Northern Europe with Peter Arnade and Martha Howell (2002). 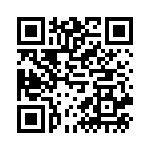