Originally I was quite dismissive of this book because it paid no attention to the science of consciousness literature. There was a glaring lack of self awareness as a consequence. For example, Wilber ... Read full review

This is yet another important book by Ken Wilber, but one that many people will put down somewhere in the first chapter, if they make it through the introduction. That’s because the first chapter is probably the most conceptually challenging work he’s written to date. If they give up, however, they will be missing out on a terrific education by one of the greatest minds of our age, as Wilber grapples with what to do with fundamentalist elements, such as those in Christianity, Judaism, and Islam that are creating great destruction in the world today.
First, an overview. What exactly is Wilber attempting to accomplish with this book? Integral Spirituality attempts to answer the question, “[H]ow can we validate the existence of spiritual realities, specifically, the higher levels of mystical experience claimed by the world’s wisdom traditions, in the face of modern and postmodern attacks that deny those realities as unscientific or reduce them to social constructions?” Wilber is attempting to reconstruct the great truths of the wisdom traditions of the world’s religions but without their metaphysics. These “metaphysics” are assumptions about the nature of reality that have been thoroughly discredited by modernity (Kant) and post-modernity’s insight of the inherently contextual nature of all truth, which makes it relative.
Wilber views spirituality as a necessary engine for human evolution, along with the arts, sciences, and ethics. But unlike arts, science, and ethics, spirituality was discredited by the Western Enlightenment in the 1600ʹ′s and 1700ʹ′s when it was confused with religion, one manifestation of spirituality. Wilber has written this book to rehabilitate spirituality in the eyes of Western intellectuals and everyday people around the world who have lost faith in traditional religion but don’t know where to turn. It is true that most everyday people will not read this book, but the intellectuals who are at the top of their pyramids of influence will read it, and they will translate its concepts into forms that everyday people will grasp. So Wilber is writing for the opinion setters of the day, those who are influential, and those whose ideas are respected by broad numbers. His audience is, as always, those who are well read and broadly educated.
Wilber’s introduction is a succinct, compact overview of his AQAL (all quadrant, all levels, lines, states, and types) model. For those who have been following Wilber ‘s writing for years, this introduction is an excellent and lucid summary of his model,
which is the broadest, most powerful explanatory model of everything that exists in the world today. Anyone not familiar with Wilber’s model should read this chapter over until they “get it” or they will get lost in the rest of the text. While it serves as an introduction, it is also truly the first chapter of the book. Don’t skip over it! Toward the end of the chapter Wilber discusses implications of the integral
model for medicine, business, ecology, and other fields, which are enormous. Discussions about the relationships among fields of knowledge or discussions about the basic questions driving particular fields of knowledge will flounder on their own inherent contradictions unless they take place in the context of Wilber’s integral model. It’s that important to the further evolution of mankind. This is because the context in which we approach our lives creates the perspectives, worldviews, and assumptions that both allow us to see connections among disparate facts and people or blind us to those transformative relationships.
Wilber’s Chapter One, Integral Methodological Pluralism, starts with a daunting name and gets more intimidating from there. Wilber is always revising and expanding his model. To that end, he has deeply considered the implications of the four basic perspectives that are inherent in every holon and determined that each includes two perspectives, doubling the number of fundamental perspectives to be taken into account to eight. Wilber makes a very

Ken Wilber is the author of over twenty books. He is the founder of Integral Institute, a think-tank for studying integral theory and practice, with outreach through local and online communities such as Integral Education Network, Integral Training, and Integral Spiritual Center. 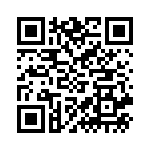